Three tours will be conducted to visit local examples of coastal, port and estuarine engineering issues on Tuesday 12 April 2022 between 12.30 – 17.00. The Conference field trips provide attendees with the opportunity to visit interesting port, harbour, coastal and estuarine sites and projects surrounding Christchurch.

Join us on a tour of the Christchurch urban coastline to view coastal management and coastal restoration challenges and opportunities through a lens of local economic revitalisation and development pressure, earthquake legacy issues and climate change adaptation.

The Christchurch urban coastline occupies the southern 10km of the southern Pegasus Bay littoral cell. Fed by alpine derived greywacke sand from the Waimakariri river, the Christchurch coast is characterised by fine-grained, dissipative sandy beaches backed by dunes along most of its length and terminating in a narrow, urbanised and dynamic spit which encloses the 8km2 Ihutai/Avon-Heathcote Estuary. Ihutai is the largest semi-enclosed shallow estuary in Canterbury, is well known as an internationally important habitat for migratory birds. It is one of New Zealand’s most important coastal wetlands and highly valued by Ngai Tahu, particularly in relation to being a key mahinga kai (food & resource gathering) site.

Ever since the destruction of much of the native dune vegetation of the coastal dunes through early burning and over-grazing by early European settlers, the Christchurch coast has been the focus of coastal re-vegetation and restoration programmes, in early years using exotic species and more recently utilising native coastal vegetation and natural regenerative approaches.

Historic development on and around the spit and estuary margins offer significant coastal management challenges particularly in light of the 2010/2011 Canterbury Earthquake Sequence which has exacerbated multi-hazard risk due to differential land settlement and damage to private and public assets, all in the face of rising sea levels. New coastal developments aimed at rebuilding and revitalising the local economies of the coastal suburbs of Christchurch post-earthquakes must also be managed to ensure adequate environmental protection alongside adequate climate change future-proofing and adaptation planning approaches. 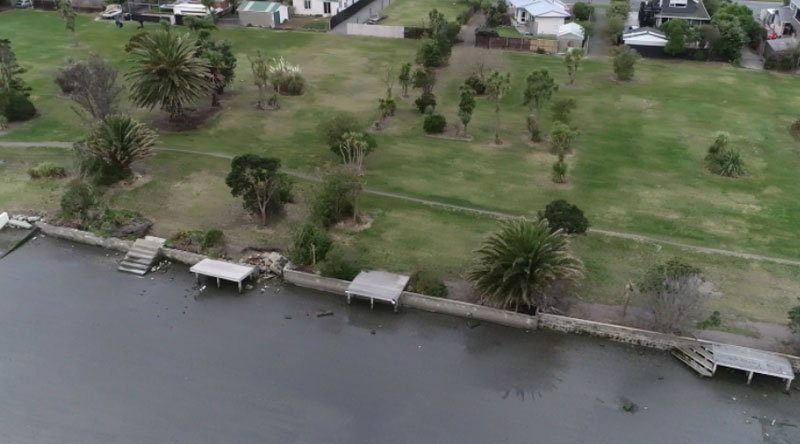 In 2010 and 2011 the Port was extensively damaged by the Canterbury earthquakes, with the February 2011 earthquake, which caused so much devastation in Christchurch, being centred within 5km of the Port. Following the earthquakes an extensive recovery programme was put in place, which has included the construction of a new reclamation from CBD rubble and the construction of a new seismically resilient container wharf.

LPC is now the third largest Port in New Zealand and the largest in the South Island, servicing a large number of trades including container import and export, coal export, oil and gas import and the import and export of various bulk trades.  For more information, visit www.lpc.co.nz

This boat tour will visit all areas of the Inner Harbour and the Cashin Quay wharves and new reclamation, with Port staff providing a detailed commentary on the history of the Port and future plans.

Following the Port tour, the boat will then head to Quail Island (or Ripapa Island depending on access restrictions) for a short walking tour on the island. Quail Island has a colourful past, including use as a leper colony and a quarantine facility for animals on Antarctic exploration expeditions in the early 1900s.

Numbers are limited to 75 based on the vessel capacity. 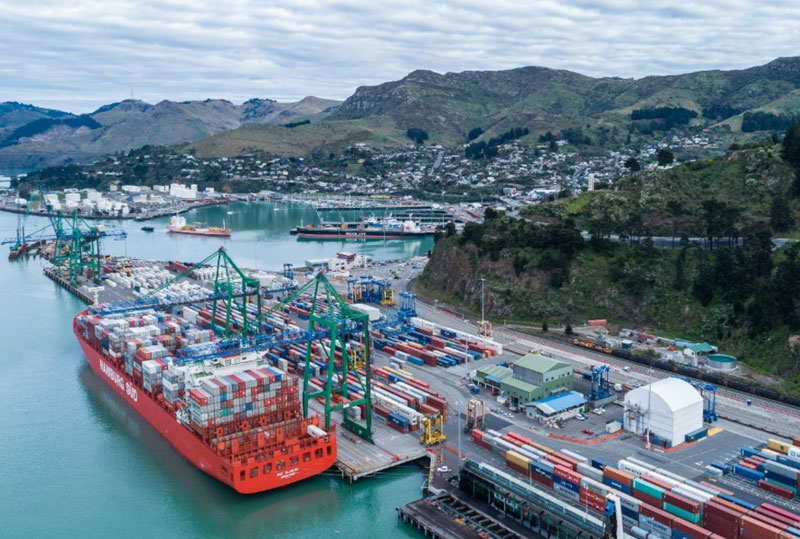 About 7,000 years ago, the present day site of the conference venue, was part of a retrograding coast. Less than 2,000 years later, with the shoreline having moved inland by about 3 km, the site was again part of the coast, but this time it was an area of prograding dunes and swales. A lot has happened since then. This tour will provide an opportunity to observe and embrace the evolving city landscape from post-maximum sea-level transgression to post-earthquake architectural revival. We will see examples of the destructive nature of the earthquakes and the resulting land deformation.

Aspects of the city-scape that were destroyed and abandoned, and areas that have been rejuvenated and reborn will be explored and experienced.

A round trip of about 6 km will be covered over three hours. 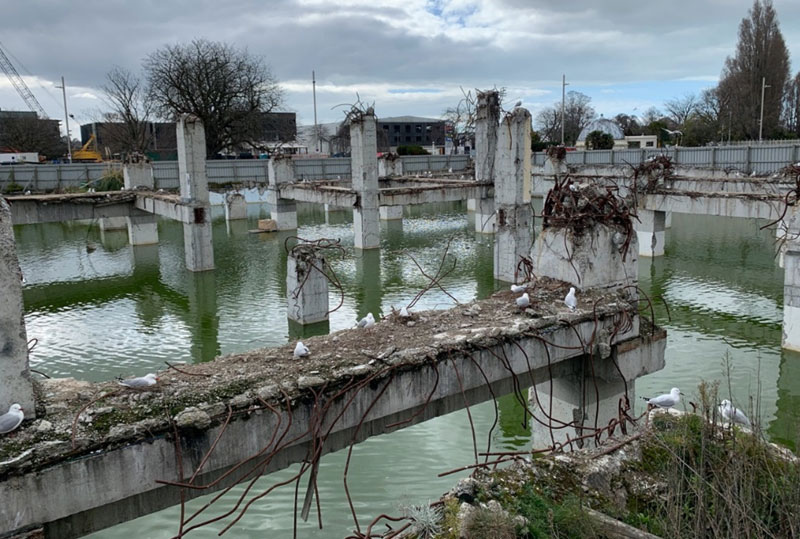 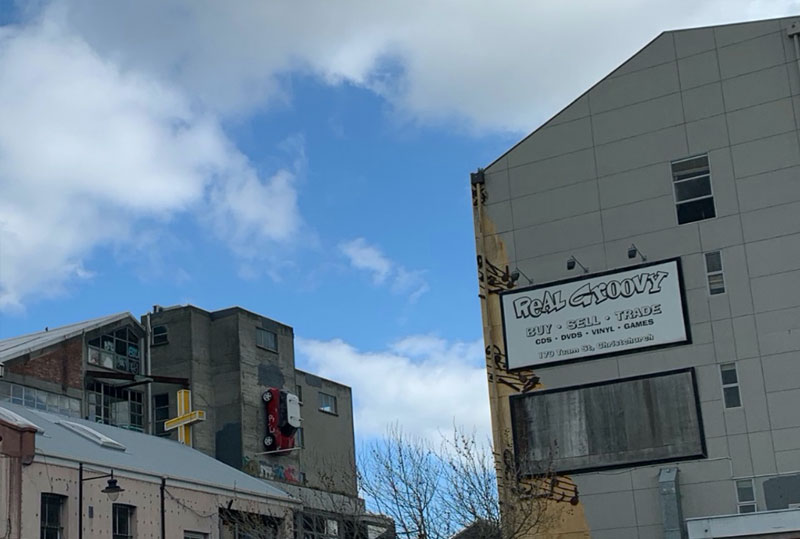 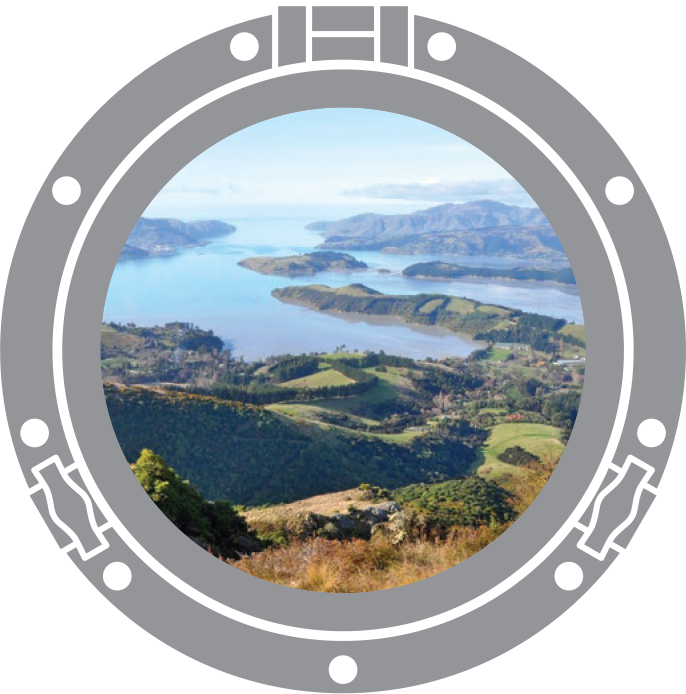